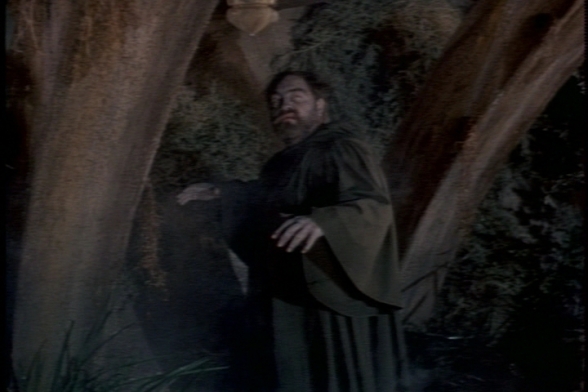 I apologize for the delay in posting this installment. Because I have a terrible cold today, this post is shorter than most. I promise to have a new Family Affair post ready for you June 6. Also, please visit Thursday, June 5, when I’ll be taking part in the Summer of MeTV Classic TV Blogathon. My entry, called “In Praise of Peter,” will focus on The Brady Bunch. (Update, June 3: With the passing of Ann B. Davis, I have changed the focus of my blogathon entry, which will now be called “Alice: An Appreciation.”)

In the Davis household this week, Bill comes home to find Buffy and Jody in the closet.

Jody is playing cowboys with some of his friends, and he’s using schoolmarm Buffy as a shield.

Strange behavior, since he’s supposed to be the good guy in this game.

Soon, everyone except the schoolmarm is dead.

I love how blase Bill looks amid this carnage. He does ask French where Jody got the toy guns and learns that he traded other items for them.

Her friend’s name is Gwen–a different Gwen than the one usually played by Diane Mountford. This Gwen is bragging about how she put a teacher in her place. When Gwen leaves, Bill observes that she comes on rather strong. Cissy says Gwen is her only friend who really “knows what it’s all about.”

That statement should probably worry Bill, but he is more pre-occupied with Buffy and Jody’s TV-watching habits.

They have apparently abandoned Captain Hippopotamus for black-and-white war dramas.

Bill tries to get them to play a game instead of watching TV.

He has checkers or tiddly-winks in mind, but their favorite games have names like Demolition Squad and Sabotage.

Bill talks to French about how they can protect the kids from violence. French’s idea is to have them spend more time reading “the enchantments of Hans Christian Andersen and the Brothers Grimm.”

Hmm, substituting fairy tales for violent entertainment…What could possibly be the flaw in that plan? 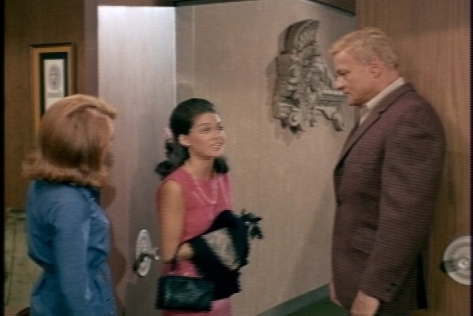 That night, Bill notices that Gwen has borrowed Cissy’s dress and is going out on a date, while telling her mother she’s with Cissy.

He suggests to Cissy that Gwen is using her, but Cissy doesn’t want to hear it. 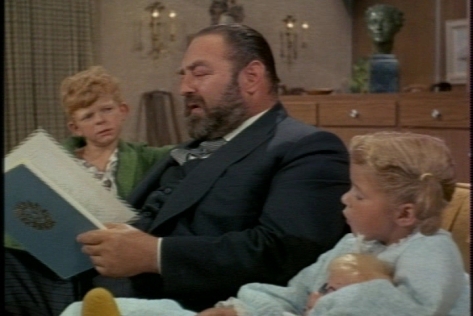 Meanwhile, the twins don’t want to hear the bedtime story French is telling them–Hansel and Gretel.

French, who screeches the witch’s lines dramatically, is taken aback over how violent the story is, although he tries to “etcetera, etcetera” over the worst of it. 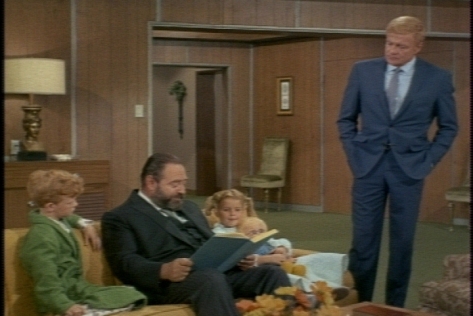 Bill only appears long enough to hear the happy ending, so he thinks his plan is successful.

He misses the kids’ reaction to the next story, about a troll that lures people over the side of a bridge.

Surprisingly, the kids don’t know what a troll is.

It seems like a 1960s child should have some idea.

French shows them the book illustration.

They would be so much better off picturing a troll doll. 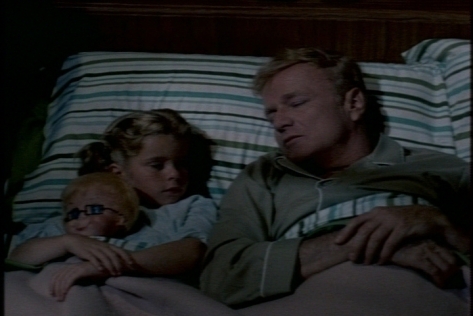 She tells him about the horrible dream she had–French was a witch trying to fatten up Buffy and Jody before eating them.

We actually get to see Jody’s nightmare, which is by far the best part of this episode. 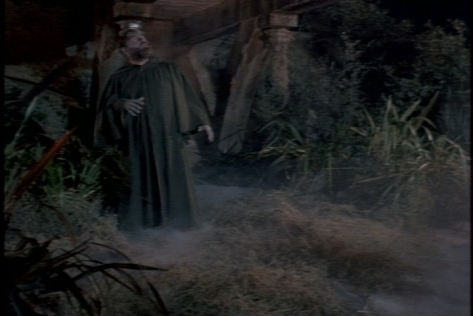 Here’s French as the troll…

…Buffy as his intended victim… 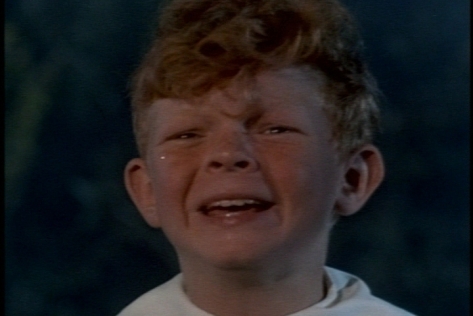 …and Jody screaming a vain warning to his sister. 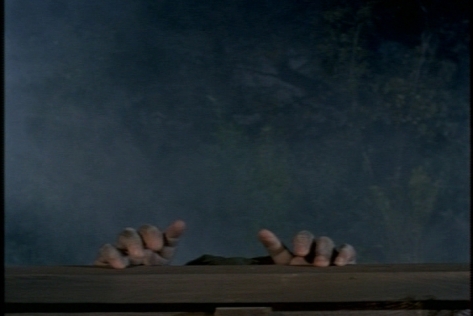 Jody ends up in Bill’s room, too.

Their uncle is chagrined to realize that his fairy tale plan backfired so badly.

Cissy’s evening isn’t any better. She becomes disgusted with Gwen, who stays out much later than Cissy expected.

That line cracks me up. 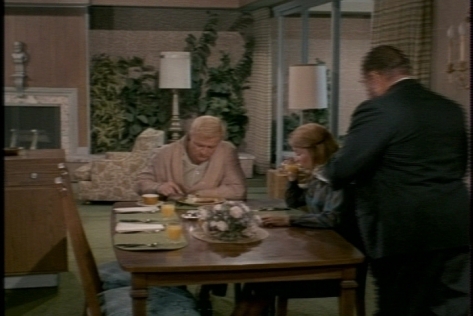 The next morning, Cissy confides in Bill that she has learned her lesson about Gwen’s character.

Bill has learned his lesson, too–banning TV in favor of stories doesn’t work. He will have to take the time to evaluate each entertainment on its merits.

The twins get permission to watch Story Land and are excited to get some TV time again. 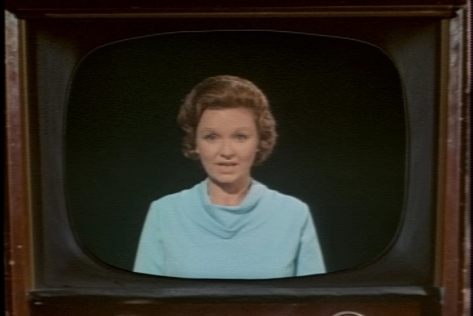 Their excitement fades when the hostess announces that week’s story: Hansel and Gretel.

This episode lends itself to a quick summary because both of its plots are shallow. We don’t even get to learn about the undoubtedly horrible home life that makes Gwen so insufferable. The nightmare sequence is great, though. If only we got to see Buffy’s vision of Mr. French as a witch.