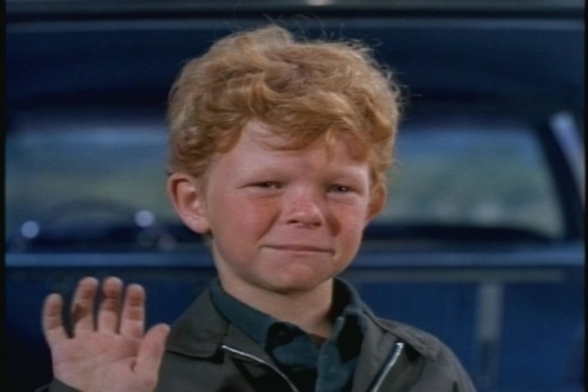 Uncle Bill returns from a one-night trip out of town to learn that Jody has acquired an invisible companion–Arthur the bear. Bill figures Jody will forget about the bear by breakfast time the next morning.

Not exactly. Arthur is a guest at the Davis table.

French is annoyed with this new addition to the family, but he hasn’t seen anything yet. Arthur is a rather disruptive bear. 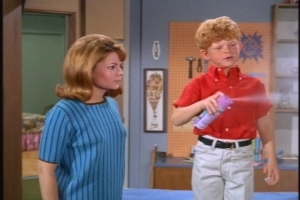 Jody uses a whole bottle of Cissy’s hair spray on Arthur’s fur. She’s rightfully annoyed–she probably goes through a bottle a day herself shellacking that flip into position.

Buffy suffers, too. She feels left out when Jody is playing with Arthur.

Arthur even violates the sanctity of French’s bedroom. 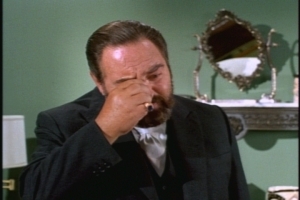 Most alarmingly, Arthur invades the twins’ classroom and causes a major disruption.

The teacher ends up sending the twins home early.

Imagine how that would go over today–sending kids home early for misbehaving.

Bill, who initially saw Arthur as Jody’s equivalent to Mrs. Beasley, grows concerned. Jody ends up in a place where I suspect he’ll be spending a lot of time later in life–a psychologist’s office.

She says the well-behaved Jody is using Arthur to act out his hatreds and hostilities. She encourages the rest of the family to accept Arthur. (Her office is Family Affair green! Everyone take a drink!)

The family tries to follow her advice, but everyone finds it taxing. Eventually, Bill has a heart-to-heart talk with Jody and comes to the conclusion that the boy is well-adjusted. 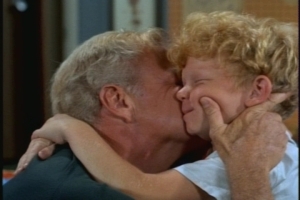 Bill drives the whole family out to a barren hellscape, where Arthur is released.

We end with one of those sitcom “Could it be?” moments, as French believes he sees a bear running away.

On old radio and TV shows, child psychologists are buffoons who fail to realize that parenting just requires good old-fashioned common sense. I think I’m with the psychologist here, though. An imaginary friend carried to the point of disrupting the classroom would worry me.