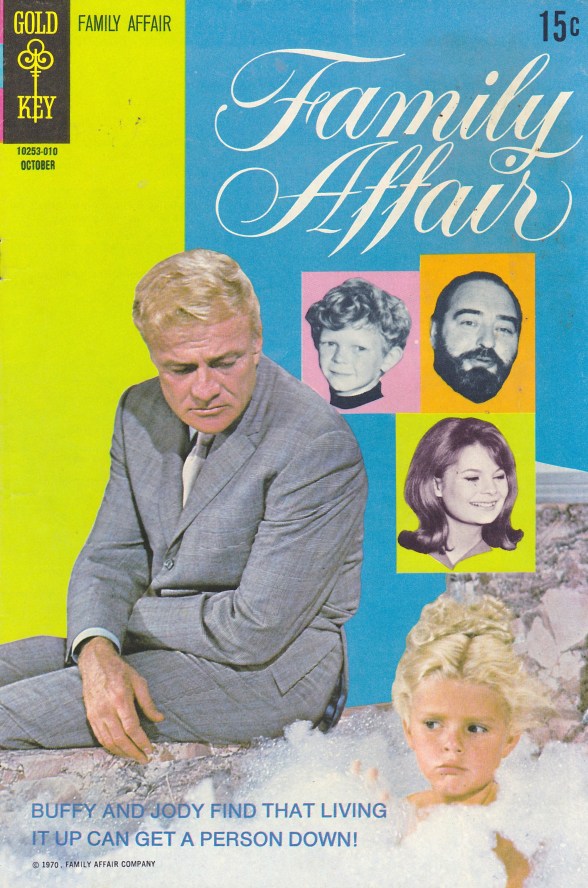 I’m sorry that this week’s installment of my Family Affair series is late. Yesterday was my birthday, and I was caught up in a mad whirl of festivity. (Actually, I was so exhausted from my work week that I fell asleep at 9 p.m.)

An old friend–Louise Marshall–re-enters Uncle Bill’s life. Meanwhile, Cissy finds a new friend, Sharon.You can tell that Sharon is sophisticated because she describes herself as “between mothers,” with the third one having left recently. She’s also a total you-know-what stirrer, who convinces Cissy that Uncle Bill will marry Louise and ship the kids back to Terre Haute. 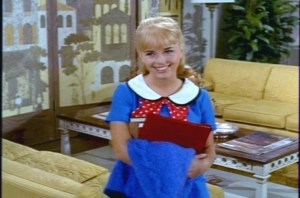 Sure, Sharon looks sweet here, but she sets a total Davis weep-fest in motion.

Cissy’s first impulse is to make sure that she and the twins are meeting Uncle Bill’s every need, so that he has no wish to marry. At her age, she should be able to see the fatal flaw in this plan. 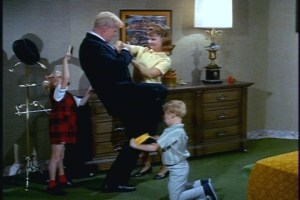 The kids “help” Uncle Bill prepare for an evening out.

When that doesn’t work, she shares her fears with the twins–way to go, Cissy! Soon, everyone is bawling. 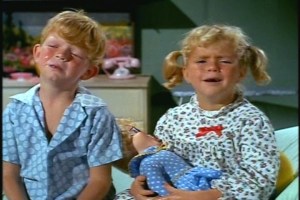 Uncle Bill is able to set things right, of course. He says he has no immediate plans to marry, and marriage wouldn’t mean separation for their family anyway. He also reveals that Louise’s husband with killed in the Korean War, a few feet from where Bill was standing. (Then, he switched their dog tags and headed for Manhattan…Whoops. Right city and decade. Wrong show.)

This episode gets way too maudlin, but it has a few nice moments. 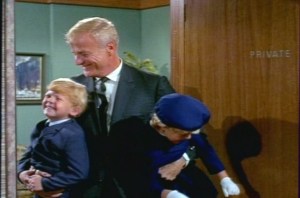 Elroy Schwartz is the brother of Brady Bunch and Gilligan’s Island creator Sherwood Schwartz and a prolific TV writer in his own right. His Brady Bunch writing credits include the one where Marcia and Greg run against each other for student body president and the one where Tiger gets lost. 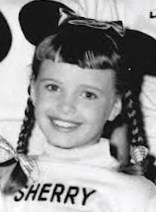 She worked frequently in TV in the 1960s and would appear in several more Family Affair episodes. In the 1970s and 1980s, she provided many cartoon voices, such as Wendy in Superfriends.

Rita Gam won a Golden Globe as Most Promising Female Newcomer in 1952. She’s best known for serving as a bridesmaid for Grace Kelly, a subject on which she’s given many interviews. 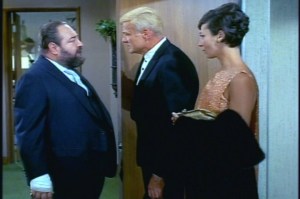 Rita Gam must have been very tall or worn mega heels to achieve a height so close to Brian Keith’s.

Cissy is good at chemistry. Sharon lives in apartment 12B. Uncle Bill is a Korean War veteran.

This episode is filled with poignant references to abandonment and separation in Terre Haute.

“It just happens that I love you so much I’m not ever gonna let you down, you got that through your head?”–Uncle Bill