Welcome to a new year, Family Affair fans. In the real world, the weather may be brutal and the news may be grim, but we can always escape for a few minutes into the Davis family’s sunny environs. After an epic Spanish adventure, the family has settled back into its routine and must only deal with a small domestic crisis (or, as French puts it, “one of life’s little tragedies”).

When we first look in, Bill is talking about bids and estimates with an associate named Miss Saunders.

Why are they meeting in Bill’s den instead of in his office? Probably so that the twins can interrupt them when they return from school with their report cards.

Jody is so excited to show Bill his grades that he drops his books to the floor–an error that French quickly makes him rectify.

Why Jody’s so eager to show off his mediocre grades is not clear. “Buffy’s the smart one,” Bill bluntly informs Miss Saunders out of the twins’ hearing. He and French make a big fuss over Jody’s grades, he adds, so that they boy doesn’t feel bad.

Sure enough, Buffy’s received all A’s, except for an A- in arithmetic.

Random question: When did schools stop using the term arithmetic? I started school around 1973, and we always referred to that subject as math. (Although I didn’t know it before researching for this post, arithmetic refers to the branch of mathematics dealing with addition, subtraction, multiplication, and division.)

Jody earned straight C’s, which French hails as an improvement over his previous performance.

Jody’s teacher says he is cheerful and attentive and quick to volunteer for classroom chores.

That ought to take him far.

After Bill showers Jody with praise, French prepares to take the kids to the park.

Jody is hoping that his friend Peter Dunigan will be there so they can play marbles together.

Buffy is hoping Peter will be there, too, although Jody tells her she can’t play marbles with them.

In the rigidly gender-segregated world of the park, Buffy has to play hopscotch instead.

(Random fashion observation: It’s about time for the wardrobe department to retire Buffy’s plaid pants, which are rapidly approaching high-water territory. And the girl currently hopping must have bought her dress from the rummage sale in “Fat, Fat the Water Rat.”)

Buffy’s mind isn’t on the game, however. She’s too busy mooning over Peter. When one of her friends teases her about her “boyfriend,” Buffy doesn’t deny her interest.

The feeling isn’t mutual. When Peter passes the hopscotch group on his way to the marble game, Buffy’s friends ask him if he wants to hear a secret.

Then Buffy asks him if he wants to join the hopscotch game.

“Nah,” he replies, even more dismissively.

This, it seems, is his catchphrase–“Nah,” pronounced in an obnoxiously flat, nasal manner. I’m not sure what Buffy sees in him (but he will look pretty good in his teenage years.)

A dejected Buffy turns to French for romantic advice, which seems like a risky move.

She wonders whether a boy saying only “Hi” and “Nah” to her is a sign that the boy hates her. French responds to her question with unexpected sensitivity, telling her that a young man might not wish to speak to a young lady with other young ladies about. He suggests that Peter might be friendlier when he is in Jody’s company.

She heads over to the marble game, but doesn’t make any progress with Peter.

Jody takes a surprisingly strong stand against girls playing marbles, arguing that “girls are only good at arithmetic and junk.” (That’s a novel form of gender stereotyping.)

Buffy offers to help Peter with his math, but it only earns her another “Nah.”

Back at home, she turns to Cissy for advice.

Cissy’s got weightier matters on her mind, though–or at least on her head. She’s drying her hair in preparation for a night out with Sharon and some guy named Doug.

Buffy then makes a fatal error–she asks Sharon for guidance.

“Boys don’t like girls who are smarter than they are,” Sharon pronounces.

Sharon adds that she lost a football player boyfriend for that very reason. (He must have really been dumb.)

Sharon tells Buffy not to worry–there are other boys out there, lots of them.

(They really caked on Sharon’s pancake makeup this week, didn’t they?)

Buffy’s strictly a one-boy girl, however. All she can do is try to dumb herself down, and she’s successful enough to earn a note home from Miss Cummings the next day.

It seems that she and Peter scored lowest in the class on this week’s spelling test.

“So what if we’re dumb–we’re happy,” she chirps to an unresponsive Peter.

At home, Bill’s puzzled by Buffy’s D- and even more puzzled when he sees she missed simple words like walk, jump, and nose.

“There’s no word in the English language that has three P’s in a row!” he sputters in reaction to her misspelling of apple.

He and French agree that Buffy could spell those and harder words before she even started school. French suggests contacting the teacher, but Bill puts his parental instincts to work instead: He decides that Buffy lacks motivation because he praises Jody so much and ignores her outstanding work.

Meanwhile, Buffy is hanging out with the boys and trying to wangle an invitation to Peter’s birthday party.

It doesn’t work–Peter says the party is for boys only. 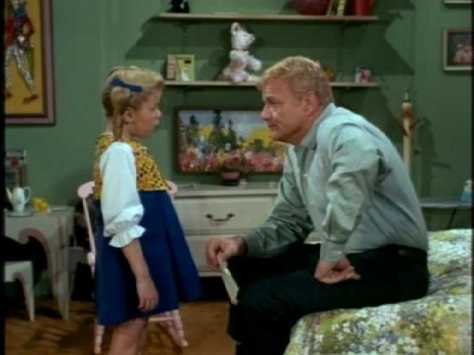 Bill pulls Buffy aside for a talk and explains that he has been wrong to ignore her achievements.

Sure that he has gotten to the heart of the problem, he misses Buffy’s cues that his praising Jody doesn’t bother her. 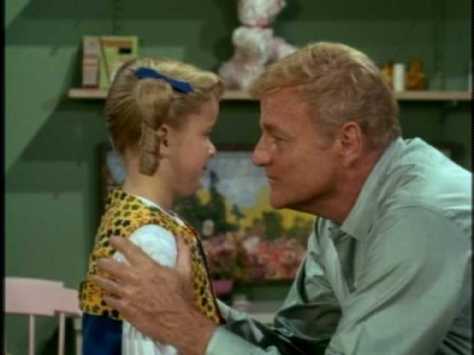 Bill assures Buffy that he is very, very, very proud of her.

The next day, however, finds Buffy purposely messing up her multiplication problems.

She manages to miss problems so easy that even Peter can solve them.

This allows her to ask Peter if he will help her with arithmetic. (You can guess his answer.) 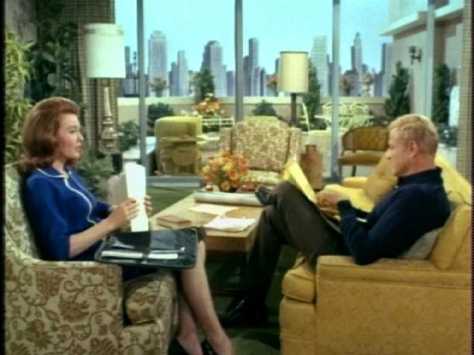 At home, Bill is basking in Miss Saunders’ admiration for his keen parental intuition.

She’s also thanking him for a lovely time at dinner the night before. (You didn’t think Bill could have a purely professional relationship with an attractive woman, did you?)

His bubble bursts when French arrives to tell him that Buffy has failed her day’s arithmetic assignment. 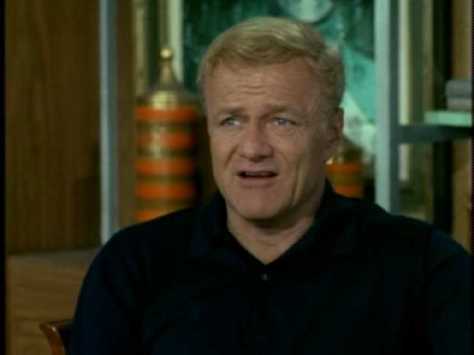 When Cissy passes through, he seeks her advice on the situation. 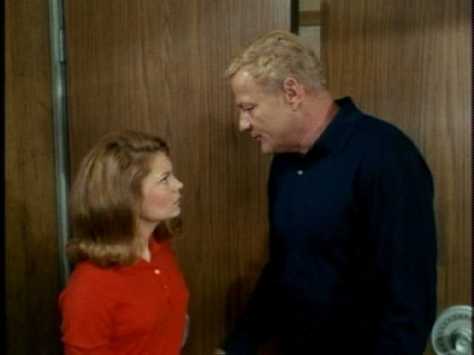 She’s shocked at Buffy’s failure. Buffy’s the smartest kid in the class, she notes.

Miss Cummings even told her that Buffy was due to be skipped ahead a grade.

Applying his psychology skills again, Bill latches onto another explanation for Buffy’s behavior.

Clearly, she doesn’t want to advance a grade and leave Jody behind.

Meanwhile, Buffy’s in the park with treats she’s prepared as a birthday present for Peter.

When she tries to present them, though, Peter won’t accept.

If he takes them, he says, he’ll feel obligated to get her a present on her birthday.

(Peter’s extremely rude, but you have to admit he’s scrupulous about reciprocal gift-giving.)

Jody, all “bitches be crazy,” prevails on Peter to take one cookie so his sister doesn’t get mad.

Peter will deign to accept a cookie if Buffy agrees it’s not a birthday gift.

Buffy, to her credit, comes up with the only fitting response: “Nah!”

Back at home, Buffy informs French that she has homework to do–and that she can’t stand Peter anymore. 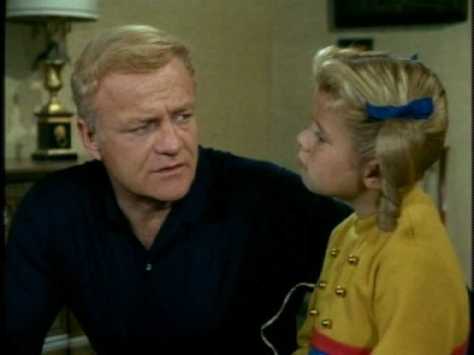 Soon Bill corners her for a talk about skipping a grade.

She will still see Jody at recess and lunch, so she shouldn’t try to get bad grades on purpose, he says.

He doesn’t understand why Buffy keeps turning the conversation to Peter and how much she dislikes him.

Bill’s fog finally clears when Buffy blurts out, “Even when I’m dumb like he is, he doesn’t like me.”

Bill learns about the advice Buffy got from Sharon and points out that it didn’t work very well for her.

Why, his colleague Miss Saunders is actually Dr. Saunders, an accomplished engineer, and he still found her worthy of his amorous attentions.

Buffy promises that she will always do her best from now on.

She doesn’t care whether Peter loves her. She just wants to be loved by Bill, Cissy, Jody, and Mr. French.

I’m always prepared to do a lot of cringing when gender issues crop up on classic sitcoms. This episode’s message is pleasantly surprising, though. Only Sharon comes off looking silly, and we’ve come to expect that from her.

I’m also glad that Bill told Buffy he was proud of her grades, even if she didn’t seem to need his reassurance. Maybe I’m oversensitive about this issue because I grew up with a brother whose C’s were cause for a party, while my A’s were taken for granted.

It’s interesting how blase Bill is about Jody’s average grades–these days, a parent from Bill’s social strata would probably be getting his straight-C child evaluated for learning disorders.

An added plus for this episode: The fun of seeing familiar faces such as Sharon and Miss Cummings.

Lisa Gerritsen was one of the most familiar child actors on television in the 1960s and 1970s. She’s best remembered, of course, for her recurring role as Bess on The Mary Tyler Moore Show and its spinoff Phyllis. Her grandfather was screenwriter True Boardman. This is the first of three Family Affair appearances for Gerritsen–the second one comes in the very next episode.

Elaine Devry made guest appearances on such shows as Perry Mason, Dragnet 1967, and Marcus Welby, M.D. She had a small role in the 1968 Brian Keith-Doris Day movie With Six You Get Eggroll. She was also once married to Mickey Rooney…but then again, who wasn’t?