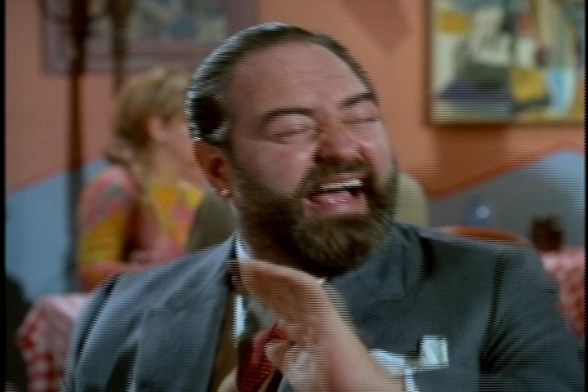 Note: I’m having some technical difficulties this week, and haven’t been able to get screen captures from the first act of this episode. If I resolve the problem, I’ll add those images later. Luckily, the really memorable images from this episode occur toward the end.

Also, speaking of technical difficulties, has anyone been having trouble reading recent entries of this blog on Firefox? A commenter mentioned a problem, but everything looks okay on my end. I’d appreciate hearing about other people’s experiences, so I can figure out what’s going on.

As our episode begins, Mr. French is preparing to take a two-week tour of scenes from America’s old West. That seems like an unlikely itinerary for French, but it turns out his father was a Western buff. (Also, old West scenery was readily available to 1960s TV producers.)

Jody warns French about the possibility of Indians attacking his stagecoach, although French is actually traveling “by jet, train, omnibus, and hired motorcar.” French himself is more worried about how the Davis family will survive without him–and, frankly, I think he has good reason. Bill assures him that everything will be fine, and Buffy gives him some good parting advice: “Be nice to the Indians, and they’ll be nice to you.”

Now, I wish I could give you a glimpse of the following scene because it includes an image we won’t be seeing again–Bill pushing a vacuum. His domestic duties don’t last long; soon he gets word that a bridge in South America needs his attention. Oh, darn–I’ll bet he’d really been looking forward to two weeks of cooking, cleaning, and child care.

The kids don’t want to ruin French’s vacation, so they suggest that they stay with friends in the building. Cissy and Buffy will stay with Gail, and Jody with stay with Richard. Hmm, did Gail move into the Davis building, or are the writers mixing her up with Sharon again? And who the heck is Richard? 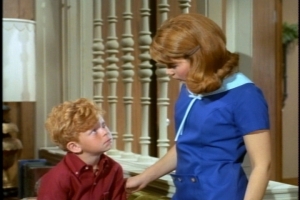 “Richard” has the mumps, so Jody can’t stay with him any longer.

Still not wanting to ruin French’s vacation, Cissy and Jody hatch a plan–Jody will join French on vacation. Bill’s hapless secretary, Miss Lee, gets the fun of making those arrangements.

(Even Cissy is confused about “Richard’s” identity. During her phone call with Miss Lee, she refers to him as Peter.)

He soon realizes that he’ll have to adjust his itinerary–plans to spend a day touring two museums and library leave Jody surprisingly underwhelmed. He perks up when French suggests touring a ghost town instead. 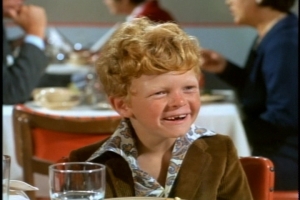 At the ghost town, French does an admirable job entering into Jody’s imaginative play. 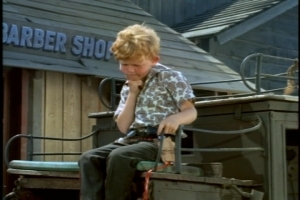 Jody pretends to be a stagecoach driver who is anticipating an Indian attack.

Which leads us to this only-on-TV moment: 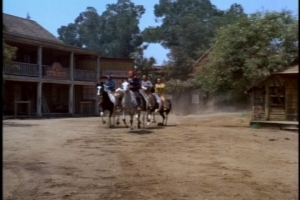 These guys are extras from a movie shooting nearby, and they’ve ridden over to the ghost town to eat their lunch. 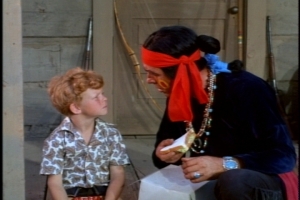 — They compare notes on boxed lunches with Jody and French. Both actors and tourists, we learn, eat tuna on white bread.

Then, they invite French and Jody to visit their movie set. French tries to decline because he’s still hoping to get a museum visit in. 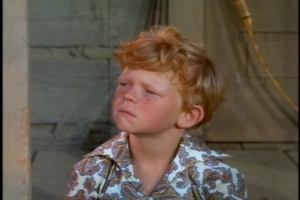 Now, I like museums, but I’d probably look like Jody does here if I missed a chance to tour a movie set.

Fortunately, French comes to his senses and makes another change to his itinerary.

Meanwhile, Gail is booting Buffy and Cissy out of her apartment. 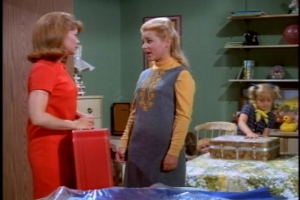 What do you know? It really is Gail.

Gail’s father hasn’t had mumps, and since Jody’s been exposed to the disease, and Cissy’s been exposed to Jody, he doesn’t think it’s safe for the girls to stay. Is it really that contagious? And, if it is, isn’t Jody exposing everyone he meets–including, in an unfortunate historic parallel, the Indians? 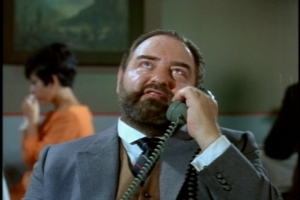 Soon, Cissy and Buffy are on an airplane, and French is lamenting his new status as “a nanny of the old West.”

Around this point, I’m starting to wonder whether “not wanting to ruin Mr. French’s vacation” is code for “getting a long break from school when we’re not even sick.” 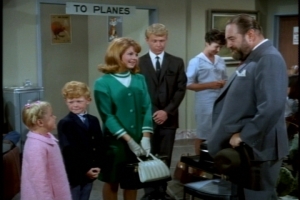 When they arrive at the airport, Cissy has a new beau and Buffy has an undisguised lack of interest in touring burial mounds.

Cissy convinces French that visiting a “swinging discotheque” recommended by local-boy Randy would be much more fun. 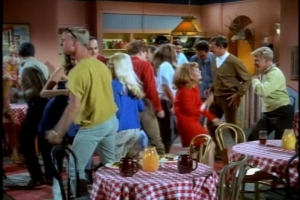 A discotheque in the daytime? Actually, it’s more like a diner with a dance floor.

The kids have a good time, though. 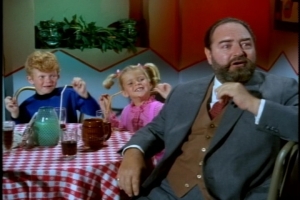 Check out Buffy and Jody, dancing in their seats.

When Cissy and Randy stop dancing, French suggests going to get something to eat. The teens patiently explain to him that they are sitting in a restaurant. 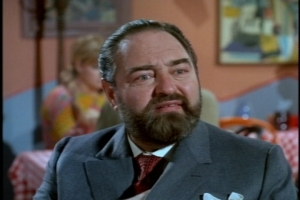 French acts horrified at the thought of eating a hamburger and French fries.

This guy regularly serves the kids sloppy joes, so he really has no reason to act high and mighty. 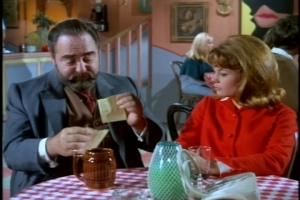 At last, he gives in, tears up his schedule, and orders a hamburger with everything. 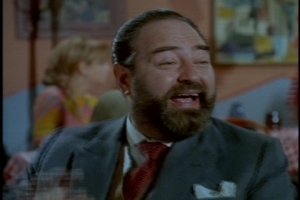 When he starts dancing, he out-cutes even the twins.

When French and kids return to New York, Bill listens to their tales of ghost towns, discotheques, and doll shows. Alone with French, he sympathizes with him about his ruined vacation. French says that his solo touring had a actually been rather dreary, and the kids turned his vacation into “a ball.” (He quotes Cissy on that expression, as if “having a ball” were cutting-edge teenage jargon in 1968.)

This is another good French episode, and it really shows that the kids have added a dimension to his life. Visually, the highlight is the discotheque scene–Buffy and Jody are adorable, but when French tears up his itinerary and starts bouncing around himself, it is a Family Affair moment to remember. 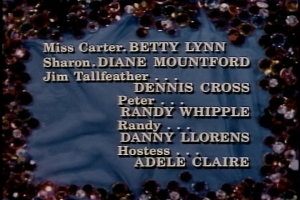 The on-screen credits are a big mess, listing Miss Lee as Miss Carter, Gail as Sharon, and Richard as Peter. Of course, Randy Whipple does normally play Peter, and this episode’s script refers to the character by that name once. I’m calling him Richard this week, though, since that’s what the script calls him most often. 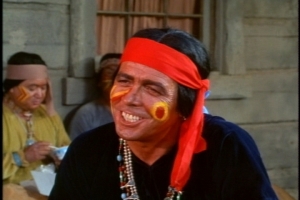 The Western set must have felt like home to Dennis Cross; he made many appearances on shows like Gunsmoke, Rawhide, and The Rifleman. His son Randy Cross is a former NFL player who is now a radio and TV sports commentator.