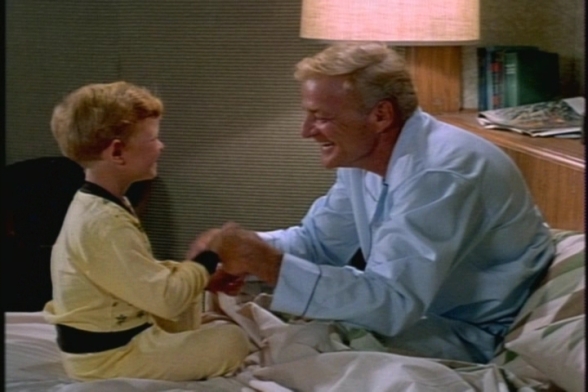 Welcome to another installment in my weekly Family Affair series. I’m glad the world didn’t end today because we have many more Family Affair episodes to re-discover together.

Uncle Bill is worried because Jody seems to be living in a fantasy world–he thinks he’s an Indian. 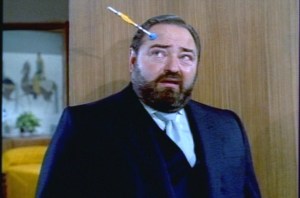 French isn’t too thrilled with Jody’s fantasy life either.

Uncle Bill is also facing a long business trip to Japan, and, for once, he’s reluctant to leave the kids. He can only justify staying in New York if his firm lands “the Pennington project.” Unfortunately, Owen Pennington is an elusive eccentric whom Uncle Bill can’t seem to meet.

Uncle Bill decides that giving Jody a hard hat will help ground the boy in reality. Jody is delighted with the gift, and so is Buffy–she hopes it will keep Jody from “capturing” Mrs. Beasley during his Indian raids.

Switching the Indian headdress for a hard hat does Jody no good–he believes he’s a construction worker and even refuses to take his hat off at school because he’s “tearing down the building.” Playing on his own after school, Jody wanders onto a construction site and befriends “Owny”–actually Mr. Pennington. What a coincidence!

Mr. Pennington puts Jody to “work” on the construction site, but no one at home will believe Jody has a job. Uncle Bill gets so frustrated with Jody’s fantasies that he takes back the hard hat. 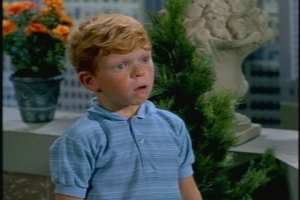 See if you can detect some subtle dismay on Jody’s part.

Pennington quickly scopes out the situation and gives Davis and Gaynor his job so Uncle Bill can spend more time with Jody.

A cute Jody episode with lots of warm Uncle Bill smiles, although again I find myself concerned about the twins’ state of mental health. Jody did seem out of touch with reality for a while. Brian Donlevy brings a strong presence to the under-developed role of Mr. Pennington.

This episode includes a steam-room scene that shows us more of Uncle Bill than we normally get to see. Thank goodness it was him and not French in the steam room.

Uncle Bills cites the shock of the kids’ losing their parents as the source of Jody’s problem. 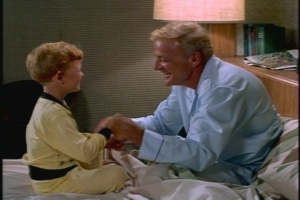 Ted Gaynor has no kids.

Should a six-year-old really wander around Manhattan alone, even in 1967?

This is pretty much the mental image I get when I think about why a six-year-old shouldn’t wander the streets alone.

This 1969 CBS publicity photo has a Christmas theme.