Successful construction engineer Bill Davis resides in what his gentleman’s gentleman French refers to as “the quiet, monastic atmosphere of the bachelor apartment.” (“Monastic” is a bit ironic–Bill’s calendar shows him dating four women in less than a week.) As we meet him, he is returning from work in India that was successful enough to land him on the cover of World magazine. 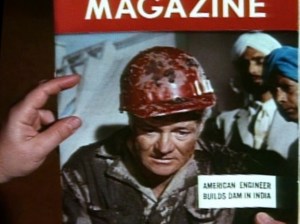 Without warning, Fran Higer arrives from Terre Haute, Ind., with Bill’s young niece, Buffy. Buffy’s parents were killed in an “accident,” presumably a car accident, about a year before. Bill was in Turkey at the time, and Buffy and her siblings were separated and placed with various relatives in Terre Haute. Fran wants Buffy to live with Bill because the child–defiant and unemotional–can’t get along with Mr. Higer. Believing that his bachelor status and frequent travels make him unsuitable as a father figure, Bill resists.

Meanwhile, French is appalled at having to perform such duties as serving milk and cookies and escorting Buffy to the bathroom. He calls her “a little clot,” and she responds by biting his leg.

French, bitten. Well, he sort of had it coming.

Bill gently reprimands Buffy and tries to make her see that living with him would not be ideal for her. “Why don’t you want me to live with you?” she asks flatly. During this conversation, Fran slips out and leaves Buffy behind. The next morning, Buffy overhears Bill telling French that he is sending her back to Terre Haute. Buffy spends the day with French in the park, where French faces teasing from a group of nannies who believe he has joined their ranks. 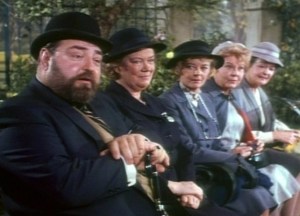 At the suggestion of his partner, Ted Gaynor, Bill decides to send Buffy to school in Switzerland rather than back to Terre Haute. When he tells Buffy, she is characteristically unresponsive, but in her room she cries and writes a farewell note. 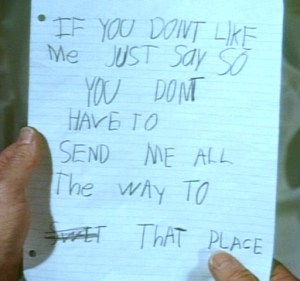 Years of nanny experience help French’s friend Miss Faversham lead French to Buffy’s hiding place in the basement. When Uncle Bill realizes how upset she is, he tells her she can stay. “Grown-ups always tell you things like that at night to make you go to sleep. It’s all different in the morning,” she replies. Uncle Bill assures her that he’s telling the truth and tells her that he loves her. For the first time, Buffy smiles and stops her curt “Yes, sir,” “No, sir,” answers. 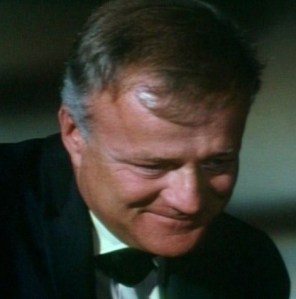 Soon Uncle Bill must leave for Peru. Just as he’s leaving, Buffy’s twin Jody arrives with another relative, who thought the twins should be together. After Bill departs, the twins’ teenage sister Cissy shows up, leaving an exasperated French to remark, “Good heavens, I am a nanny.” 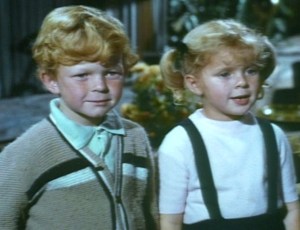 Awww to the infinite power.

This is a good pilot that sets up the show’s situation with equal parts comedy and pathos. Tiny Anissa Jones and Johnnie Whitaker are at their most adorable. Jones’ portrayal is mostly deadpan, but that’s appropriate for Buffy’s mental state.

Buffy’s apparently suffered some harsh treatment in her prior home, considering her remark about being stuck in a closet as punishment and her cynicism about adults’ sincerity. Fran’s behavior here–dumping Buffy at the apartment and sneaking out–is pretty disgusting. I guess a charitable interpretation is that she knew Buffy and Uncle Bill would be better off together, and that Bill would come around in time. Mr. Higer sounds like a real jerk–what kind of person can’t be patient with a recently orphaned child?

The oh-so-sensitive Aunt Fran. By the way, the books in Uncle Bill’s den seem to be of the Reader’s Digest condensed variety. I know he’s a busy man, but really.

The pilot version of Mrs. Beasley lacks glasses and has a creepier face than the one used throughout the series.

Brian Keith and Sebastian Cabot are both wonderful in this episode. Keith exudes warmth in his emotional scene with Buffy, and Cabot conveys  wonderful disgust with the whole idea of child care.

French: “Back home, in civilization, we have infancy and manhood–nothing in between.”

An exchange between Buffy and Jody about Mr. French:

Buffy: I don’t think so.

Jody: Could he run fast?

Ted Gaynor: Philip Ober. Among Ober’s many guest appearances were two on I Love Lucy–not surprising since he was once married to Vivian Vance. He appeared twice on Sebastian Cabot’s early 1960s series Checkmate (which is available on DVD–wow). He also appeared in many movies, including North by Northwest and From Here to Eternity.

Fran Higer: Louise Latham, who would return twice as Aunt Fran. Latham’s career spanned from Perry Mason and Gunsmoke in the ’50s to CHiPs and The Waltons in the ’70s, Designing Women and Hunter in the ’80s; E.R. in the ’90s; and The X-Files in 2000. Her first movie role was as the title character’s mother in Hitchcock’s Marnie.

Miss Faversham: Heather Angel. She appeared in many movies, including That Hamilton Woman and Suspicion. She also did voices in Disney’s Alice in Wonderland and Peter Pan. Her Family Affair role would be a recurring one.

Critics didn’t exactly embrace Family Affair. Though I like the show, I find this snarky Cleveland Amory review from the December 24, 1966 TV Guide pretty amusing. 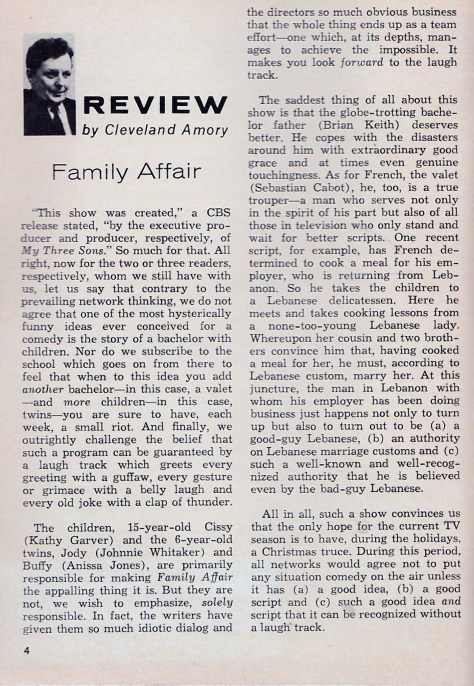 Uncle Bill is not fond of ballet. Bill’s business partner is Ted Gaynor.

The whole pilot episode is available on Youtube. Here is part one: